We plan to release 1.0 in the next 2 or 3 weeks. You can try the pre-release 1.0-pre40 already. Please let us know if you have problems or if documentation is incomplete.

Every release had always several contributors. Now we moved from version 0.13 to version 1.0 and for no other version so many contributors were involved - thanks a lot! Without your work GraphHopper would not be possible: 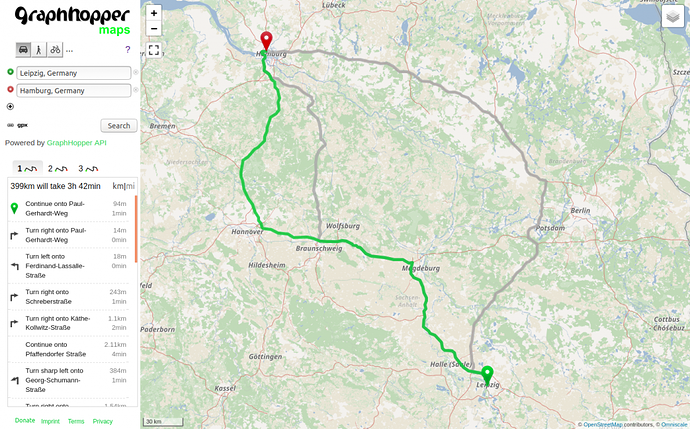 The biggest new features are:

Fantastic work everyone and thank you so much for your time and expertise to implement these additional features and improvements!

One question so far:
Encoding manager is created in GraphHopper, from a builder. Inside tagParsers, turnCostParsers and relationTagParsers are created.
I have my custom consistency validity check, which persist some most important features of EncodingManager with his FlagEncoders…
And I noticed that those mentioned above are released when graph parsing is finished - only in OSMReader.finishedReading(). I would assume this is a bug, because finishedReading is called only in writeOsmToGraph… so as a result those parsers are cleaned only after first graph reading and writing - those are still present when you recreate existing graph.