I added transfers.txt file to GTFS, and see this error. What does it mean?

I tried bisecting transfers.txt that has 95K lines, and found out that erroneous lines were in the very top, which meant they were very frequent.

I boiled it down to 10 lines that had some errors, and among those found the one that caused the issue. I had a debugging GeoPackage file with stops and another one with transfer lines. Those stops that caused the error were far outside the region where I had OSM data.

Somehow, Graphhopper needs a route between two stops, even though you give it min_transfer_time.

My solution was to not add transfers between the points outside OSM data bounds. 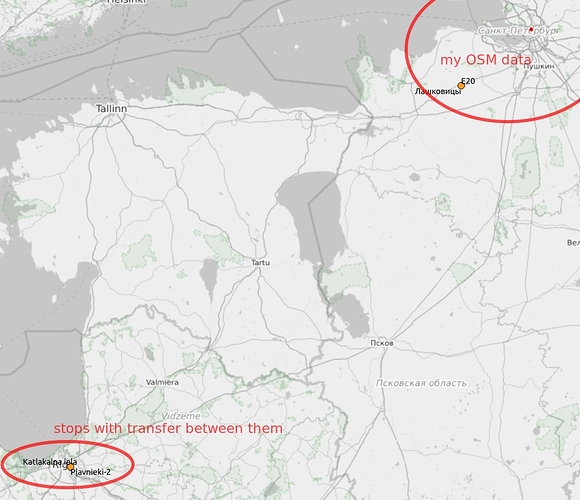