How to fix - Error: custom weighting requires a CustomProfile but was profile?

How I can fix it?
I used informations from this sources:

This change is intended to make custom profiles more powerful and also more read…able. It breaks backward compatibility. It uses a very powerful and fast library called [Janino](https://janino-compiler.github.io/janino/) that allows on-the-fly compilation of partial expressions, blocks or whole classes written in Java. With Janino scripting we can satisfy much more use cases. As soon as custom profiles were released there was often the need to combine expressions like "use factor=0.5 only if road_class is primary AND in a certain area" or "surface is unpaved AND road_class is not unclassified". This is now possible. Still I do not think we should use more power of Janino and keep the scripting simple (expressions only). The big advantage with Janino scripting is now that we do not have the burden in the future to extend or improve our own interpreter. Performance-wise the routing with Janino scripting is at least of the same speed (for preparation it is even faster!). For query time this sounds a bit strange as the compilation takes some time. But when we assume that a custom profile is re-used for future requests of the same profile the class cache helps (see ExpressionBuilder, but the cache can be disabled). Now the most surprising thing for me was that even without the cache the slow down is not much (20% for LM queries? precise numbers needs to be re-done for the most recent commit). Janino is able to compile many expressions and a whole class in only a few milliseconds. And currently we create a cached version automatically for all server-side profiles due to GraphHopper.checkProfilesConsistency, i.e. for them there is no compilation overhead. btw: our cache is not that bad or complex as the cached object for key X is always the same (unlike for DBs with user data). We have to add Janino as dependency to the core (1MB). I find this acceptable for what we get. A custom profile in the current master looks like: ```yml priority: max_height: {"<3.8": 0} speed_factor: road_class: motorway: 0.85 primary: 0.9 max_speed: road_class: living_street: 2 max_speed_fallback: 80 ``` with this branch this gets more readable and you do not need to study the docs and still know what it does: ```yml priority: - if: max_height < 3.80 multiply by: 0 speed: - if: road_class == MOTORWAY: multiply by: 0.85 - if: road_class == PRIMARY multiply by: 0.9 # if you wish to keep compatibility you apply max_speed after all multiplications, but in general you can use "limit to" at any time - if: road_class == LIVING_STREET limit to: 2 # replacement for max_speed_fallback which is now implicit # it could be also done via the else statement of the last if ... or via: - if: true limit to: 80 ``` It is slightly more verbose for the enum case, but also more clear. And now new things like inequality `!=` or AND-expressions `&&` are possible and all other comparison operators (`<=`, `>`, ...). See this example: ```yml priority: - if: road_class == MOTORWAY && max_speed >= 70 multiply by: 0.85 - if: road_class != PRIMARY multiply by: 0.9 ``` We could even use (whitelisted) methods in the expression like `road.class.ordinal() < 3`. The `multiply by` operation can now be `>1` for server-side profiles. Note that the custom profile in the **query** still has the limitation of `factor<=1`. Also areas are still possible and can be combined with other expressions: ```yml expressionA && in_area_custom1: 0.5 areas: - custom1: <geojson> ``` The area check is done only if expressionA is true and should be avoided to be called multiple times. For some use cases (and sometimes for performance) you can use else-if and else: ```yml priority: - if: <expressionA> multiply by: 0.85 - else if: <expressionB> multiply by: 0.6 - else: multiply by: 0.8 ``` Such a block is also what happens for a single encoded value in master branch so you can use this for migration. --- Technically Janino compiles CustomWeightingHelper at runtime and adds user expressions to it before (in a safe manner). Most code changes and tests are necessary to make the janino compilation safe regarding attacks from user expressions. Of course it should not be possible to call System.exit, mine crypto currencies or read the file system on the routing servers that could be exposed to the public. Additionally to this work we could think about enabling the SecurityManager (see [here](https://github.com/graphhopper/graphhopper/tree/security_manager)) but this only further increases security and would not be the main protection. The main protection comes from the fact that we allow only "simple" expressions like "if" clauses and enforce that there are no assignments, no loops, no lambdas or other stuff happening in user expressions and have a whitelist of variable names and methods. We do this with the help of the Scanner API from Janino and traverse the code (ExpressionVisitor). Also we want simple and readable user expressions. For that we need to declare and assign variables before like `road_class` and create the class variable `EncodedValue<RoadClass> roadClassEnc` and also make constants like `NO` more specific (convert it into `Toll.NO` if the `toll` encoded value is used). The user should not need to do that. With the nice API of Janino I found a safe way to mix arbitrary code with the user expressions. First I create Java objects (`List<Java.BlockStatement>`) from all the user expressions (it is ensured that they are simple) and inject them into the parsed class CustomWeightingHelper (`Java.CompilationUnit`) containing arbitrary Java code like assignments and the compile this into byte code, load the class and finally instantiate an object of it. To my knowledge and experiments Janino does not use the Metaspace (unlike javaassist) and instead it creates the classes on the heap.

I’m trying to create a custom profile following the instructions here: https://github.com/graphhopper/graphhopper/pull/1841 but I get the following error: java.lang.IllegalArgumentException: Could not create weighting for profile: 'emergencycar'. │serve: /route?point=36.04682,-75.6827&point=35.90204,-75.671464&vehicle=emergencytruck&calc_points=true&points_encoded=false&ch.di Profile: name=emergencycar|vehicle=emergencycar|weighting=custom|turnCosts=false|hints…

You should return HGV here.

How I can fix it?

Can you paste your config in quotes (```) with the correct white space?

You should return HGV here.
Many thanks. Updated code

Can you paste your config in quotes (```) with the correct white space?
Sure.

I tried to reproduce this problem with the latest version but wasn’t able to. You need to make this new FlagEncoder available in DefaultFlagEncoderFactory:

Ensure that “small_truck” is also used in toString of TruckFlagEncoder.

Then set this factory to the GraphHopper class.

Please make sure you use the latest version 4.0 too. E.g. the function is called multiply_by and no longer multiply by.

btw: you could directly embed the small_truck custom model:

In recent version also no path entry is allowed in custom_model_file and you would need:

If you still cannot make it working you would need to send a minimal project where this problem occurs so that I can debug it.

Hi!
Thank you so much for the quick response.

I tried to reproduce this problem with the latest version but wasn’t able to. You need to make this new FlagEncoder available in DefaultFlagEncoderFactory

Sure. Here is my code:

Ensure that “small_truck” is also used in toString of TruckFlagEncoder.
Done.

Then set this factory to the GraphHopper class.

Do I need to build the latest version manually?

So I have updated graphhopper to 4.0. But the exception not gone away.

If you still cannot make it working you would need to send a minimal project where this problem occurs so that I can debug it.

Here is the minimal project: 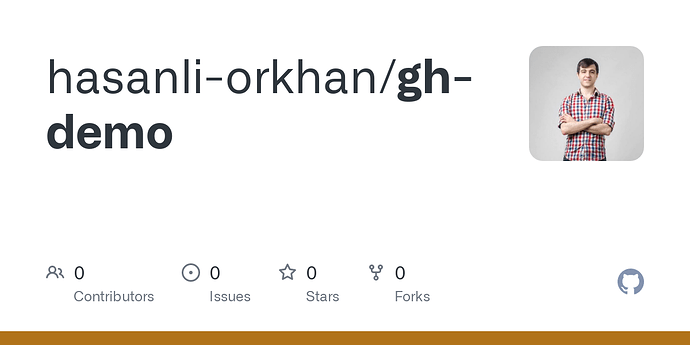 Contribute to hasanli-orkhan/gh-demo development by creating an account on GitHub.

Ah, you didn’t say that you initialize GraphHopper via Java

You need to create the profiles like so: https://github.com/graphhopper/graphhopper/blob/master/web/src/test/java/com/graphhopper/application/resources/RouteResourceCustomModelTest.java#L68

Or if you need to read stuff from config file it gets a bit more complicated: https://github.com/graphhopper/graphhopper/blob/c643eb7b0dd68e1a3c22ff8cc5e2dbb0a439734b/web-bundle/src/main/java/com/graphhopper/http/GraphHopperManaged.java#L59

Thank you! I will try.

Thank you so much! I have resolved this issue by adding CustomProfile in Java configuration.