I’ve been testing foot and pt routing in an area with separate sidewalks that I added to my local OSM server, and the results aren’t consistent. For only walking routes, foot and pt profiles have different results.

In the foot profile, it takes only the sidewalks and crossings as its supposed to. 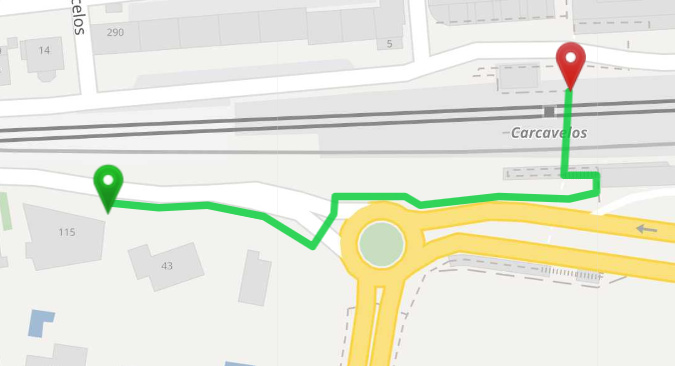 In the pt profile, it goes into the roundabout, for some reason. I don’t believe it should, as the secondary highway are supposed to be avoided, according to FootFlagEncoder, and there are other possible ways, as proven by the previous screenshot. 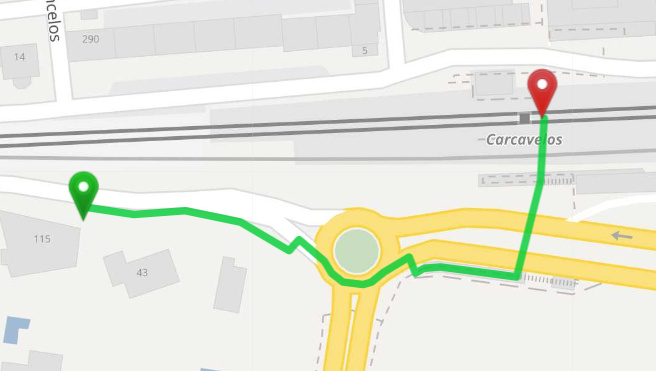 What is the cause of this? Shouldn’t both cases use the same FlagEncoder?

Are you really using the same coordinates? This looks like there is a tunnel and a different destination forces the route into it.

Here it is with the exact same coordinates for start and end points.

Not sure what exactly happens but both paths are valid paths and the 2nd example goes through the tunnel a bit longer: see this and this. So it might be that both weights are nearly equal and some rounding issues happen.

Can you show the weight, the distance and the time of both paths from the JSON response?

Can you show the weight, the distance and the time of both paths from the JSON response?

I’m afraid the pt route JSON response doesn’t contain the weight value. It does show however that the path is shorter for the 2nd example. Does foot in pt routing give less weight to the avoid tags?