Destination in not strict point

Hi. Probably this question was already asked, but I can’t find any info about it.

But it would be nice to produce route as on the picture below. Because in reality there’re no sense for making such route ‘hook’ on the car, it’s faster to walk last few meters on foot
(pic 3) (pic 4)

Is it possible to say a Graphhopper to make a route not to the strict destination point but to some area.
Is there’re any parameters to fix it? 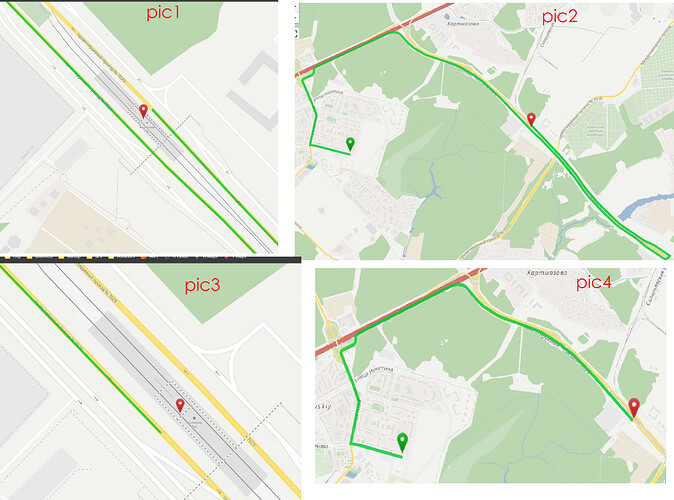 Hi Alexander, can you have a look if the parameter point_hint=<the street> can help you?

Thanks for the answer.
I saw point_hint param but seems it won’t help.
Because
1 - in this particular case the name of the road is the same. This road goes in 2 directions. So it has no effect if I specify road name.
2 - probably point_hint could help if could specify the name of the subway station ( Im trying to create a route to the subway station which is between the roads ). But seems using of subway station as point_hint doesn’t have any effect
3 - in other cases, where I have the different road names, it’s still hard to use point_hint because when I make a route I don’t know from which direction the driver will came to the destination point. Depending on the direction I need to select one or another road but it’s complicated, because route is created automatically. Id like to move this decision to Graphhopper

Not sure how it could be automated then.